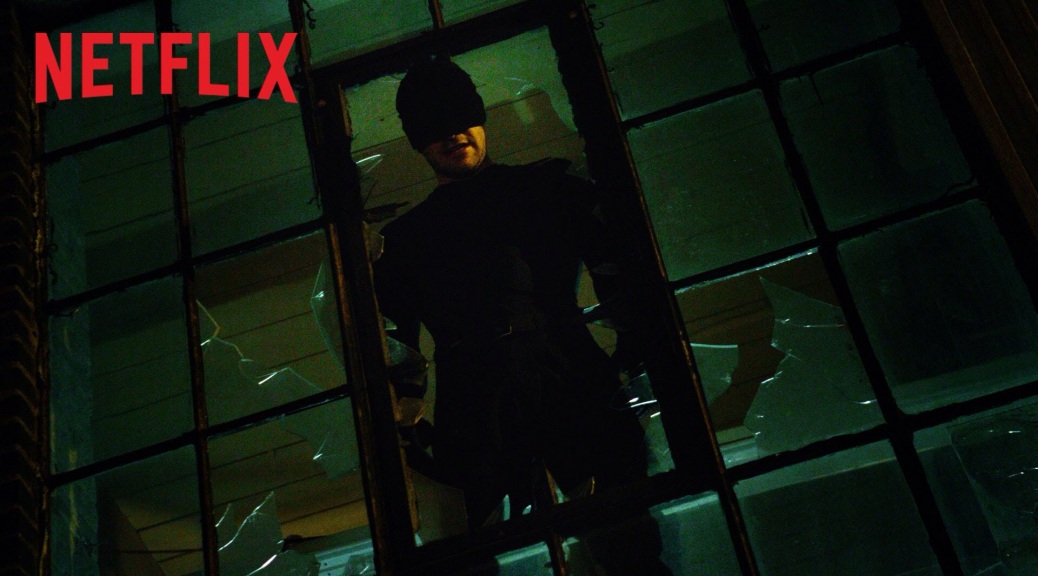 According to the article Maslansky, previously of USA’s White Collar, and Marvel (read “Joe Quesada”) went to the 1993 “Man Without Fear” miniseries for inspiration, wanting to be true to that look while maintaining a solid 21st century aesthetic.

The idea, according to Maslansky, was to start from a place of what this guy, Murdock, could create for himself that would be effective. In the end, it’s nearly all off the shelf stuff. Compression shirts (she’s not specific here but I believe that is an Under Armour shirt), the pants came from an Army/Navy store (again, not specific but she does say they “may” be construction pants). The mask, which is see through, is made of “a cotton mesh. Layers and layers of it.”

Of the iconic Red Suit, which will be used in the series, she has little to say, stating that she did not create the costume. She does say that it is completely original down to the very fabric used and that multiple craftsmen from various fields of expertise where involved in it’s creation.

She also mentions in the article that Matt’s signature glasses are a “prop” chosen with the help of Michael Jortner Prop Master for the series. It’s unclear in the article whether this is an original creation by Jortner or an off the shelf set of shades but she does say that more than 100 frames were tried to help get the right look.

This is a great article, giving some very interesting insight into how costuming is an integral part of visual storytelling. I highly recommend reading it.