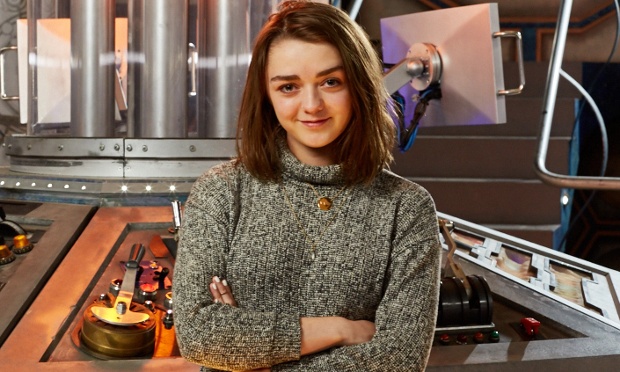 Maisie Williams, best known for her fan favourite role of Arya Stark in ‘Game of Thrones’, is going to guest star on ‘Doctor Who’ in the new season airing later this year. Who or what she will be playing is still unknown.

Even though her character has not yet been released, Moffat stated that, “She is going to challenge the Doctor in very unexpected ways. This time he might just be out of his depth, and we know Maisie is going to give him exactly the right sort of hell.”

Williams comments, “I’m so excited to be working on Doctor Who as it’s such a big and important part of British Culture.”

Currently, the first two period episodes are being filmed,  named “The Girl Who Died” and “The Woman Who Lived”, by Jamie Mathieson and Steven Moffat, and Catherine Tregenna, respectively.

I look forward to see Maisie Williams in ‘Doctor Who’, and am very disappointed in myself that last year I didn’t seize the opportunity to meet her at Indy Comic Con (even though I wasn’t into Game of Thrones). Sigh.