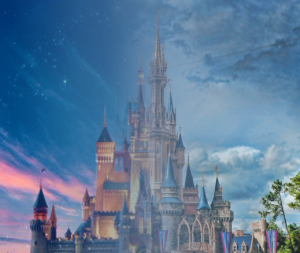 It has become a weekly announcement now that Disney, Warner Brothers or Fox will be making a live action movie based on a classic ‘fairy’ tale story. Most of these live action movies are based off of stories that came long before Walt Disney created their classic animated films. However the most well-known versions of these stories are from the company that all started with a mouse. Beauty and the Beast (2017) has been cast and is being made by Disney. There are two versions of Jungle Book being made (Jungle Book: Origins– 2017, Warner Brothers, Andy Serkis & Jungle Book– 2016, Disney, Jon Favrau) both have really great actors as the ‘animal’ voices being played opposite of Mowgli, the young boy who grew up in the Jungle. Mulan has just been confirmed to be in production at Disney. We have a prequel like story to Peter Pan from Disney coming soon called Pan (2015, Joe Wright). Many disliked Maleficent (2014, Robert Stromberg) because of the changes to the story, we have Knights of the Round Table (2016, Guy Ritchie, Warner Brothers) which will probably do the same thing to the well known Sword and the Stone (1963) story. We have two Robin Hood movies (Sony’s big play is something akin to Fast & Furious but with bows & arrows) in the making, though that story seems to be on repeat. If we don’t have a Robin Hood story being made by Hollywood we have a ‘King Arthur’ tale being produced. The question is do we need these stories made into live action movies that are direct carbon copies of the animated movies they are based off of?

For me the answer is no. I would like something different. I will give an example. One of my favorite animated movies is Mulan: great story, great hero and a great ending. However the woman who dresses as a man is a common story that we have seen or read before. I would enjoy seeing another take on this story. I enjoy Tamora Pierce’s Lioness Rampant series. The main character Alanna, a female noble, wishes to be a knight. Her reasons are actually quite selfish, she wants to be a knight so she can slay dragons and help rescue others. She does’t become a knight to save her father from fighting. She dresses as a boy, fights a bully, retrieves a magic sword, fights some demigods and lies to her friends to become a hero. There are four books in the Lioness Rampant series and it is a good young adult story that I would love to see adapted to the big screen. I have selfish reasons as well once Lioness Rampant is made then we can have Protector of the Small adapted for the big screen, personally my favorite of Tamora Pierce’s series.

Anything that gives a new character a change, for the good, from the classic tales we have heard before is what I would like to see. Instead of Robin Hood, why not have a noble woman coming back from a war who has to defend her people’s land from an evil sheriff? Why not a man who has to dress as a woman to stop his mother from going to certain death because of the requirements of war. There are many ways to change or make the stories more interesting but still have the underlings story there. A female lost in the jungle being trained by wolves, I would love Princess Mononoke live action! In my mind there are so many ways to ‘spice’ up the stories and not use the same plot from the same tales we have seen just five years before.

I fear Hollywood thinks we need familiar names, places, and tales to bring us to the movie theatre. I am looking forward to all the movies I wrote about, however I would also love to see something unique come out of Hollywood in terms of fantasy and sci-fi genre films.

As an aside SNL this week made a hilarious short called Bambi that parodies the many Disney animated movies being adapted for live action.